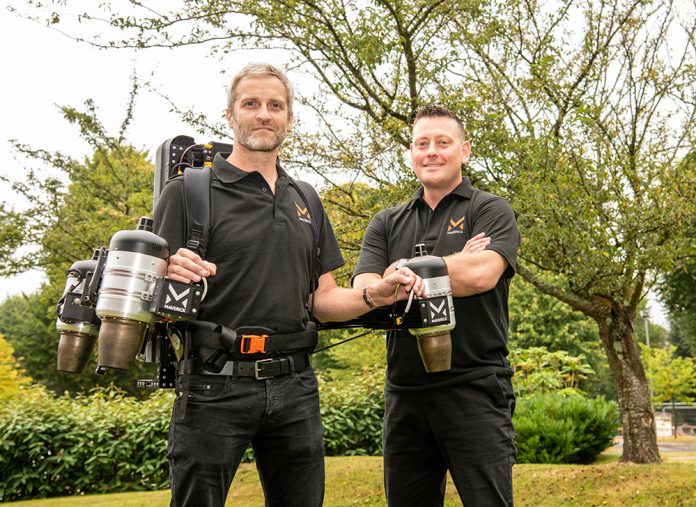 The grand unveiling of a jetpack designed to support the renewable wind industry has thrown a spotlight on how grant funding will continue to shape the UK’s net zero future.

Prime Minister Boris Johnson has committed the UK to getting all its electricity from renewable sources by 2035.

The announcement at the Tory party conference last week underlines how Britain will need thousands of new pieces of tech to make that ambition a reality.

One company that is ahead of the game is Maverick Aviation.

The company is a fantastic example of how grant funding can kickstart game-changing projects.

The start-up recently revealed a prototype jetpack to the world — a futuristic, Bond-style gadget whose very creation was inspired by the difficulties engineers encounter inspecting and maintaining wind turbines.

Work on these hard-to-reach assets — both on-shore and off-shore — is normally facilitated by helicopters, which are both expensive and heavily polluting.

Maverick’s jetpack, on the other hand, is small, versatile and is powered by sustainable fuel.

One of the keys to its early-stage development was grant funding. The firm received £97,000 for early stage development from Innovate UK Sustainable Innovation Funding Call, with the help of grant consultants Catax.

The jetpack was the brainchild of Hollywood animatronics expert Matt Denton and Royal Navy Commander Antony Quinn. Denton, Maverick’s CTO, is well regarded for his work on animatronics and control systems, having worked on numerous Star Wars movies that saw him develop the BB-8 droid from 2015’s Star Wars: The Force Awakens. He also worked on Jurassic World and Harry Potter movies, The Prisoner of Azkaban and The Goblet of Fire.

The jetpack uses a unique Vertical Take-off and Landing (VTOL) system and is designed to be operated hands-free. It can even be reconfigured as a heavy-lift drone capable of being operated remotely.

Antony Quinn, CEO and co-founder of Maverick Aviation, said: “I realised that the growing onshore and offshore wind industry really needed a solution like this. Their engineers climb up ladders inside these structures for hours each day and, in an emergency situation, it’s almost impossible to get down quickly. Drones can be useful for inspections, but in many circumstances you need to get an engineer up there.

“Before, people would have used a £30m helicopter to perform some simple tasks, but we can offer a more tailored solution at a fraction of the cost.”

Maverick is solving one of the more niche requirements of the renewable energy industry but grant funding is pouring into the space and targeting areas that will change all our lives.

Other areas that are hot property for grants, both from Innovate UK and Horizon Europe, the EU-run research and innovation programme which UK companies can still participate in, include:

There are hundreds of schemes run every year that deliver millions of pounds into the hands of industries specifically chosen because they have a significant contribution to make to the environment and economy through innovation and technological advances.

Grant applications are competitive and often complex. It’s important that applicants are able to explain clearly how the money invested will be used, what difference it will make to the organisation concerned and how advances will benefit the wider industry.

“There’s going to be an environmental angle to the vast majority of grants over the next two decades,” says Karen Taylor, Group Head of Grants at Catax.

“It will be impossible for governments around the world to hit their net zero targets without them.

“While seismic technological advancements and scientific discoveries grab headlines, there are often hundreds more smaller projects that make all the progress on green issues possible. Many of these companies will think size is a barrier to getting funded and making progress, but it’s simply not the case. While it is very difficult to get 100% funded for  a project, there’s a significant pipeline of green/net zero/energy saving grants coming through that businesses of all sizes can benefit from.

“Over the last few months, I have seen a sharp increase in the number of applications with a focus on green energy, supporting the drive for net zero, from digital platforms for carbon capture and energy saving products to eco pods and water saving toilet flush systems. We’ve also had success with a number of clients in the hydrogen sector under the Innovate UK Smart programme and heat pump specialists responding to funding calls from the Department for Business, Energy and Industrial Strategy (BEIS).”

It is worth remembering that a project that receives state aid grant funding cannot then claim SME R&D tax relief. However, this does not mean tax relief is not available. Legislation allows these companies to claim Research & Development Expenditure Credit (RDEC) instead. It is not as generous but does allow a project funded by a state aid grant to have some additional R&D tax relief too.

Rebates for Covid Statutory Sick Pay (SSP) are also considered state aid. If you claimed SSP for someone involved in a project who was sick during the project duration, this will exclude you from making the more generous SME claim and you would instead have to apply under RDEC. 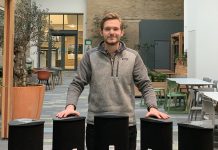 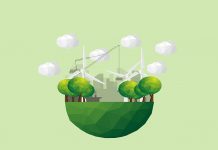 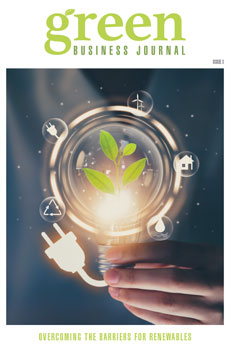