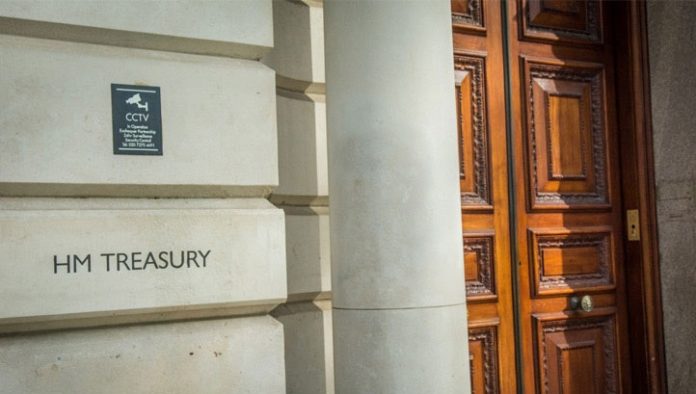 Chancellor of the Exchequer Rishi Sunak will outline plans to transform the UK’s financial services industry through £15bn of green bonds that will support projects that decarbonise key parts of the UK economy while improving climate resiliency and adaptation.

Sunak is expected to announced that at least £15bn of green bonds – also known as a green gilt – will be set aside to help decarbonise areas of the economy such as power, mobility and the built environment at his first-ever Mansion House speech later today.

The Chancellor announced that the UK would issue its first sovereign green bonds back in November last year, as part of its Covid-19 stimulus planning. He also noted that the UK’s first green gilts would not be its last.

The UK’s debut sovereign green bond and a green savings bond are set to be introduced that will detail what projects are eligible for support through the green gilt. Projects such as zero-emissions buses, energy-efficient housing schemes, offshore wind projects and initiatives that improve climate adaptation such as flood defences and biodiversity improvements are all set to meet the criteria to access green finance.

A Green Savings Bond offered by National Savings and Investments (NS&I) will also help fund these projects. The Government will issue £15bn of green gilts this financial year, and the Green Savings Bond will go onto the market ahead of COP26.

Sunak is expected to say: “As the baton passes to a new generation of leaders in finance, I feel optimistic about the future. Ambitious at home. Confident internationally.

“With a plan to make this country the world’s most advanced and exciting financial services hub for decades to come, creating prosperity at home and projecting our values abroad.”

The UK will also report on the social benefits generated by projects funded through the green gilt.

The Chancellor is also expected to outline new Integrated Sustainability Disclosures Requirements, which will act as requirements for businesses and organisations in the UK to disclose the impact they are having on the environment and climate change.

The Government is currently considering creating a legal requirement for private UK companies to outline and disclose climate-related risks to their business in line with Taskforce on Climate-related Financial Disclosures (TCFD) recommendations, with a mandate potentially coming into force next year.

The £15bn commitment arrives after influential business coalition the Aldersgate Group called on the Government to ensure that its ongoing review of financial services regulations properly accounts for the scale of the twin climate and nature crises.

The business members recommended that the Government works with the Financial Conduct Authority (FCA) and Bank of England to mandate financial institutions to produce net-zero transition plans in the 2020s. Such a mandate should come into force by 2025, with guidance published by the end of 2022. This move has already been put to Ministers by Aviva Investors and WWF this week.

Reacting to the £15bn spending commitment, Aegon’s head of pensions Kate Smith said:  “Investments that support economic recovery and help the UK go greener are set to be boosted by the launch of a UK Green Savings Bond, with the first of two batches expected to be released this September. The chancellor’s new NSI Retail Savings Product, outlined in the Budget in March, shows growing momentum for the green UK revolution. The savings product linked to Sovereign Green Bonds will give people the opportunity to invest their savings in projects that support renewable energy projects.

“Demand for green savings is on the up with a dramatic shift in consumer appetite for environmental, social and governance (ESG) investments in longer-term pension savings products. Figures show that UK savers put almost £1bn a month on average into ESG funds last year, up 66% from the previous year, according to financial advisers.”

Sustainable Capital PLC’s director Professor Kevin Haines added: “It is welcome to see the UK Government backing green projects. It is crucial that we massively accelerate investment in clean and renewable energy projects, so this is a great initiative.

“With that said, more needs to be done by the Government to empower private finance to invest in projects which are environmentally constructive rather than destructive. Investors are increasingly conscious of what impact their investments are having on the planet but there is not a lot that they can do unless they can invest in companies that are working to replace carbon-producing technologies, including a more diversified portfolio of projects and investments.

“It is becoming increasingly clear that it is possible to make a profit without doing harm to the planet and if investors are to continue to make profits in 50 years’ time, we need to ensure that we direct as much money as possible towards projects which contribute towards meeting net-zero targets.” 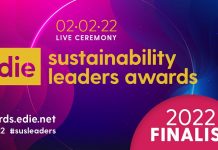 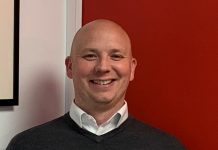 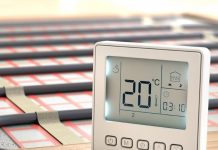